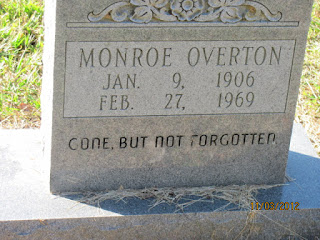 Monroe was my paternal grandmother's nephew. 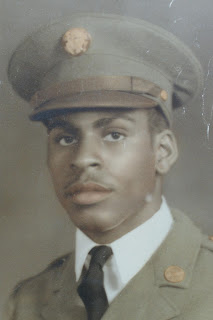 Dedicated to those suffering through devastating weather disasters.

Credit: Courtesy of the Mississippi Department of Archives and History

Posted by LindaRe at 10:14 AM 8 comments: Links to this post 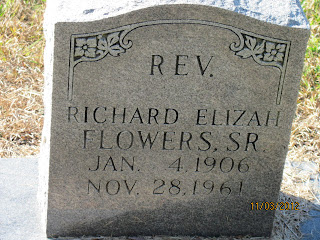 They could be Kin

Cousin Alesa contacted me awhile ago concerning a post about my Overton family. We discovered her great grandmother Mary Brown Overton Brandon and my paternal grandmother Gertrude Overton Durr were sisters. Alesa noticed my married surname, Rudd, and asked if a Paul Rudd was on my family tree. Paul Rudd was Alesa's grandfather. I told Alesa that I had done very little research on the Rudd family and didn't have any information on Paul. My husband knows so little about his family and I couldn't get the Rudd family back to 1870, the research stopped at the 1920 census.

Cousin Tony saw my post 35th Wedding Anniversary & Family Portrait, showing the family portrait of Paul and Amanda Brandon Rudd and their 12 children. Tony asked if my husband was also related to the Paul Rudd family. I shared my research dilemma and he asked me to share what I knew and he would see what he could find. Two heads are better than one. 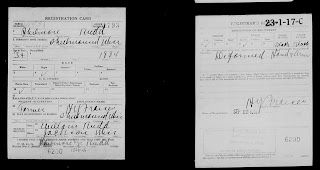 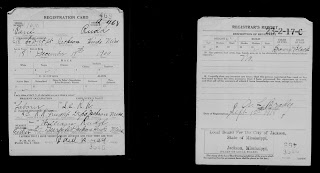 Philmore/Filmore Rudd and Sarah Ross were my husband's great grandparents. Concentrating on Philmore, he was found in the 1940 census living with his cousin Richard Ross. Philmore was married, 50 years old, working as a farm laborer. Philmore's wife and children were not with him. In 1930, Philmore is in his own household with wife Sarah and two of their three children. Philmore was listed in the 1920 household of cousin John Ross. Philmore was 25 years old, single, working as a farm laborer, and according to the census he could read and write.

Cousin Tony found a 1917-18 WWI draft registration card, which I had not searched. When I saw who Philmore had listed as his nearest relative, I realized he might be connected to Paul. Philmore's nearest relative was William Rudd of Jackson, Hinds County, MS.

I am not sure of Philmore's birth year. The census records have his birth year from 1879-1895. The WWI draft card has his birth year as 1884, which I believe is close to accurate. I think he was likely born to a couple who was not married since he cannot be found in the 1900 and 1910 census records, and he was probably using his mother's surname or her husband's surname.

Philmore's father may be William Rudd, b. 1864. Additional information is needed to verify that there is a kinship between Philmore and Paul. I now think they could be kin.

Posted by LindaRe at 4:35 PM 3 comments: Links to this post

Wordless Wednesday
What Crime did they Commit

Photograph courtesy of Mississippi Department of Archives and History

Posted by LindaRe at 10:06 AM 2 comments: Links to this post 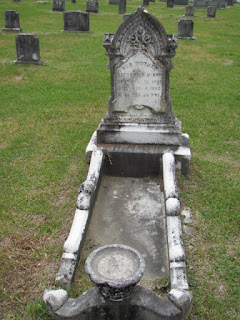 Catherine was the daughter of Dougald and Flora Gilchrist Torrey. She married Duncan McArn. Catherine and Duncan were the slave owners of members of my family, the Sartin family.

Posted by LindaRe at 10:49 AM 2 comments: Links to this post Photograph courtesy of Alesa Benson, granddaughter of Paul and Amanda.
Amanda was the niece of my maternal grandmother, Gertrude Overton Durr.
Posted by LindaRe at 1:19 PM 7 comments: Links to this post 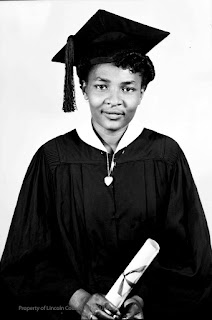 Ludora is my mother's 1st cousin once removed.

Posted by LindaRe at 5:37 PM No comments: Links to this post 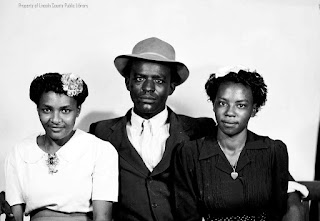 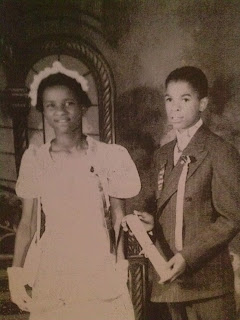 In my neck of the woods, it is graduation season. Siblings Paul Rudd, Jr., and his sister Yvonne graduated from 8th grade the same year, she graduated early. Paul was born about 1926 and Yvonne was born about 1927. The picture was probably taken in 1939 or 1940. They were the children of Paul Rudd, Sr., and Amanda Bell Brandon. Amanda was my paternal grandmother's niece.

Photograph courtesy of Alesa Benson.
Posted by LindaRe at 1:50 PM 4 comments: Links to this post