Alexander and Charlotte Furnace (Furniss) are probably my Jane's parents or grandparents. They along with Jane were seen on the 1870 census, their only census. Alexander was born about 1810, Charlotte about 1820, both in Virginia.

Alexander was listed as a farmer. I searched the 1870 and 1880 agriculture schedules for Copiah County, Mississippi. Per the instructions for the schedules, a farmer was described as one man who owned or leased the land cultivated under his care. The microfilm copy of the schedule is so faded most of it is unreadable. I suspect Alexander leased his land, owned his tools and livestock because I could not find a deed proving he purchased land.

Alexander and Charlotte were not found on the 1880 census. They probably were deceased.

Posted by LindaRe at 2:44 PM 4 comments: Links to this post 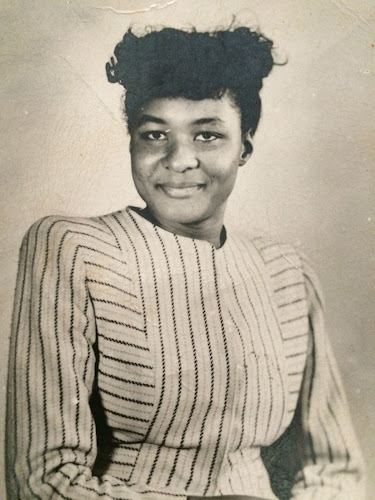 How does she connect to my family?
Dorcas and I share a set of great grandparents,
Monroe and Mary Byrd Markham
We are second cousins. Dorcas lives in Mississippi. 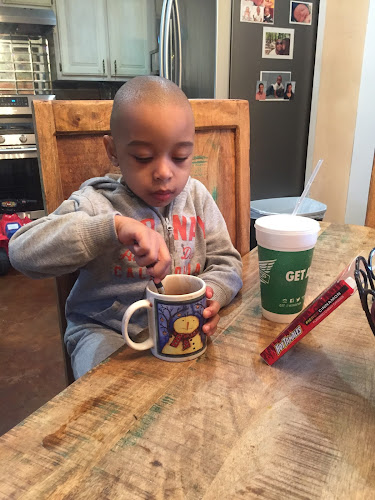 Temperatures to drop in the 20s this January night. A cup of hot coffee, tea or chocolate is perfect for a cold Mississippi night. 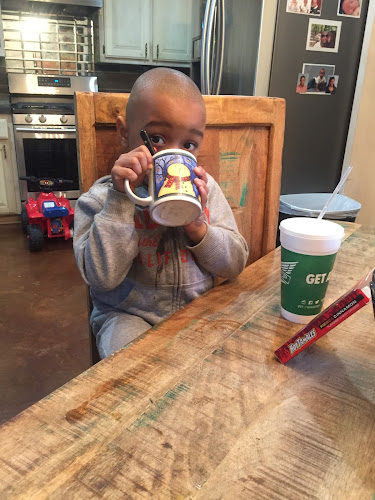 Posted by LindaRe at 9:00 PM 7 comments: Links to this post 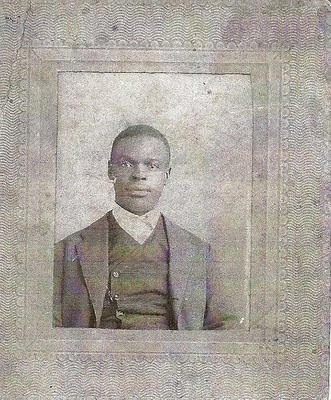 Funeral services for Preston Franklin Flowers, longtime teacher and principal in the Lincoln County Public Schools until his retirement, were held July 25 at 3p.m., from Ebenezer AME Church. The Rev Loxey Boarden officiated at the rites. Burial was in Ebenezer Cemetery.

A Native Lincoln Countian, Mr Franklin was the son of the late George and Martha Allen Flowers. He died Jul 20, 1971, in Brookhaven.

He received his BA degree at Tuskegee Insititute in Alabama. He is survived by a daughter, Mrs Mildred F Williams of Detroit, Mich, three nieces, a nephew and other relatives and friends.

How does Preston Flowers connect to my family tree?
He taught many of my maternal relatives from Lincoln County, Mississippi.

Posted by LindaRe at 10:27 PM No comments: Links to this post

Greater New Zion MB Church
Down the Hill from Antioch 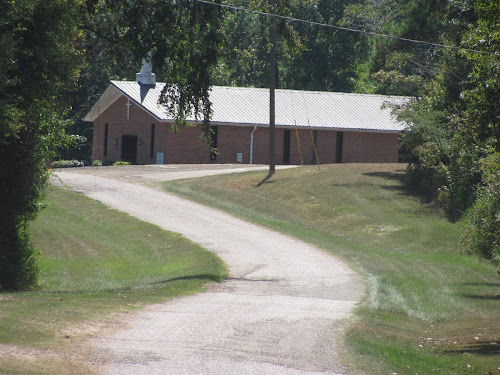 On the 18th of August 1873, David and Susan Bufkin sold two acres of land to the trustees of the New Zion Church, located in Copiah County, Mississippi. David and Susan were members of Antioch Baptist, just several feet from the location of New Zion. Antioch had a slave gallery and its slave membership was more than half, reaching 156 Negroes in 1865. By 1866, the Negro membership was zero. It is plausible several of those former members started New Zion after they left Antioch.

Looking at the 1860 Copiah County Slave Schedule, I didn't find David as a slave owner. There were two Bufkin slave owners, owning a total of five slaves between them.

Edwin Burnley, a slave owner associated with my family was a member of Antioch.

Going from Hazlehurst, before you reach Somerset you pass the old Antioch Baptist Church. Pa gave most of the money for the building and had his church membership there. A part of the auditorium was separated from the rest by pillars and reserved for the Negroes, and their amens and halleluiahs mingled with those of their masters. 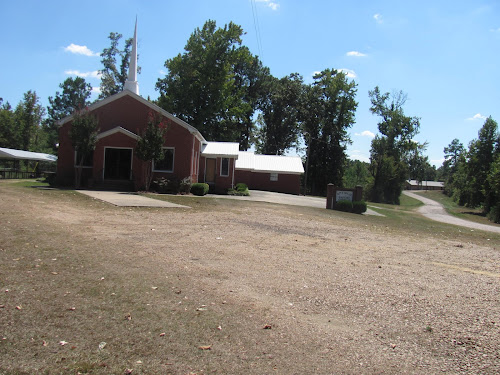 This indenture made and entered into this 18th day of August AD 1873 by and between David Bufkin and Susan P Bufkin his wife, of the first part and Richard Rembert, Andrew Watson and Jefford Campbell, Trustees of New Zion Baptist Church of the 2nd part, all of the county of Copiah and the State of Mississippi...I have and to hold the promises herein conveyed for the sole and separate use and benefit of the said New Zion Church, and the members thereof to be used, owned and enjoyed by them for the purpose of erecting thereon a church of worship, cemetery and any and all other necessary improvements that may be beneficial or useful for said church...

How does this church connect to my family tree?
My maternal and paternal family are connected to this church. It was my mother's church during her youth. My mother's dad, Daniel Marshall, was a member and he is buried in the church cemetery in an unmarked grave. Several of my paternal grandmother's Overton family were members, many buried in the cemetery.

Come Let Us Worship
Legend of Antioch
Posted by LindaRe at 3:53 PM 11 comments: Links to this post

This is the year I plan to spend time researching my Furnace branch of the family, searching for Jane Furnace's parents and siblings from Copiah County, Mississippi, near Hazlehurst.

Jane Furnace was a great grandmother I have so little information. She was the mother of my paternal grandmother Gertrude Overton Durr. Jane died when my grandmother was 7 years old, so, I suppose that is one of the reasons little is known about Jane. I think Jane was born about 1860, in Mississippi. She was likely a slave on one of three intersecting plantations connected to my paternal family.

Lets take a look at the 1870 census for Copiah County, Mississippi. A Jane Furnace was found on the 1870 census, recorded as a ten year old. Relationships were not defined in 1870, therefore I am not sure of her relationship to the people in the Furnace households. I didn't find Jane in any other census that is recognizable to me.

The Furnace family was living near Hezekiah Brown, a known slave owner of paternal family members. Two households of Furnace family lived next door to each other. I suspect they were living in cabins formerly inhabited by slaves. In one household was Alexander Furnis 60, who might be Jane's father or grandfather. A 50 year old Charlotte lived with Alexander: Martha 24 and two children, Mariah and Ellic; Mary 28 and three children, Wallace, George and Josephine. The growing, maturing family extended next door with 21 year old Omar, Barbara 17, Elbert 15, Jane 10 and twelve year old Elizabeth. Skip the next home and we find Nathan Furnis 30, Susan 25, and children Willie and Martha.

The oldest two members were born in Virginia, all others in Mississippi. No one could read and write. The value of the family's real estate was $225.

Farmer was how Alexander Furnis was described on the 1870 census. Next week I will share whether he was a landowner or a renter of the land.

Posted by LindaRe at 10:27 AM 5 comments: Links to this post 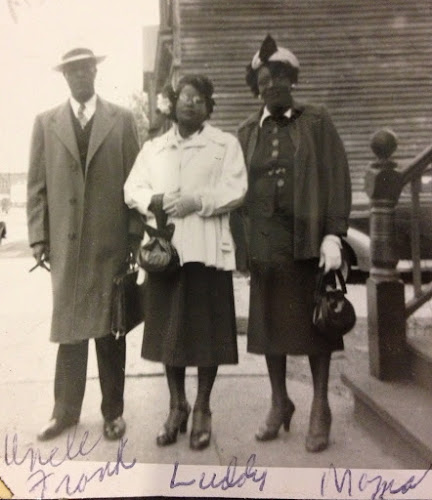 The three are "dressed to the nines." They have the look of satisfaction after a good church service. Rev Frank James Durr, Sr, was the pastor of Saint Mark African Methodist Episcopal Church in Hattiesburg, MS, during the early 1940s. Next to him is his wife Luddie Bell Cain. The couple had one son together, Frank, Jr, who died in France, 1944, serving in World War II. I am not sure of the identity of the other woman.

How does Frank connect to my family?
Frank b. about 1905, was the son of Mack Durr and Mary Hooks
Mack and my great grandfather, William Durr, were brothers.

The photograph is courtesy of Lady Divine.
Posted by LindaRe at 2:10 PM 12 comments: Links to this post