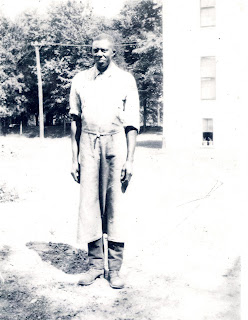 Willie was my grandmother's brother.
Posted by LindaRe at 7:00 AM 2 comments: Links to this post

I live near a Confederate cemetery and have passed by many times, telling myself I will stop when time permits. My people are southerns, tried and true, born and bred southerns. This, too, is a part of my family's story. On Veteran's Day, I decided to visit.

The Confederate Cemetery in Raymond contains the graves of 140 Confederate soldiers who were killed during the battle of Raymond on 12 May 1863, or who died as a results of their wounds. Reading one of the markers, I learn that most of the men who died were from Tennessee and Texas. Union dead from the battle of Raymond were initially buried in the cemetery but later moved to the Vicksburg National Cemetery. 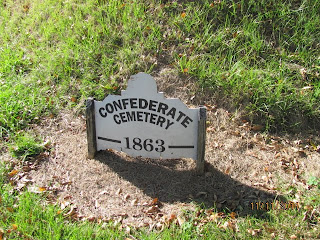 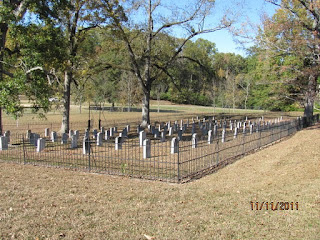 The Confederates failed to prevent the Federals from reaching the Southern Railroad and isolating Vicksburg from reinforcement and resupply. None of my ancestors or the people they knew were involved in the battle of Raymond. They would be in Vicksburg.
Posted by LindaRe at 7:00 AM No comments: Links to this post

Murdered the Master - Burned his House

Posted by LindaRe at 11:25 AM 6 comments: Links to this post 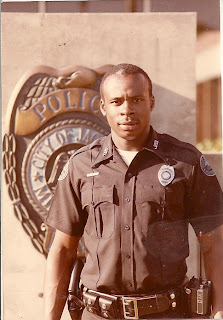 My brother James on the day of his graduation from the Jackson Police Academy.
Posted by LindaRe at 1:35 PM 2 comments: Links to this post

Thank You To All Who Served 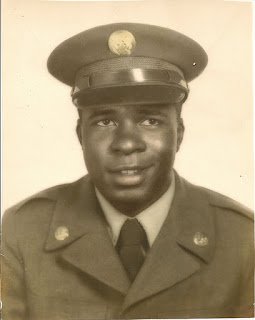 Mollie Whalam
Born in Jefferson County, Miss
Died June 15, 1890
"She was a kind and affectionate wife, a fond mother and a friend to all."
Buried at Hickory Block Cemetery
Union Church, Jefferson County, Mississippi
Mollie Whalum was not found in the census records. The Whalum surname has a variety of spellings, which could be one reason she was not found. A candidate for Mollie is sixty year old Mary Whaland found in 1880, married to Henson who was a widower in 1900.

Posted by LindaRe at 9:01 AM No comments: Links to this post

Wordless Wednesday (not so) - First Grandchild 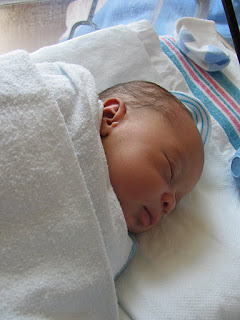 Almost a year ago, I wrote about my grandmother's long wait for grandchildren. My daughter and son-in-law promised me that they would not make me wait as long as my grandmother to hold the first bundle of love. My first grandchild/son arrived 11/01/11 at 12:13 pm. I wonder what a numerologist would think of those numbers. He weights 7lbs and is 20.8 inches long. I think he is the best baby I have seen in 26 years.
Posted by LindaRe at 6:26 PM 5 comments: Links to this post