Allie's Education - Getting the Sheep Skin 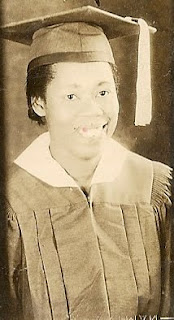 Cousin Allie received all the education she could in Caseyville. She finished the 8th grade, repeating the grade twice, not from necessity but because she loved school. Allie wanted more education, she knew she didn’t want to stare behind the rump of a mule for a good portion of her life. Anxious to leave the “sticks of Caseyville,” she asked her father for his prayers and his permission because that was all he had to give.

Getting those eight years was difficult. Allie was sickly, sometimes too ill to attend school. Her father had asthma which got worse the older he became. Allie and her siblings had to help with the farm duties which contributed to them not being able to regularly attend school. They persevered. All of her siblings completed high school with the exception of one brother who left school to financially support the family. Two out of the seven obtained master degrees.

After receiving her father’s prayers and permission, Allie moved to the nearest town with a high school, Brookhaven, MS, where she lived with her Uncle Willie and Aunt-Cousin Fredonia, sharing a bed with their daughters Joyce and Willie Mae. Allie would arise every morning to bake a pan of biscuits, fry meat and put on hot coffee. Aunt Fredonia “took in laundry” and Allie would help Fredonia, earning an occasional 25 cents. She was not asked to perform these chores. She came with no money to pay for their hospitality, so, this was her way to give back. 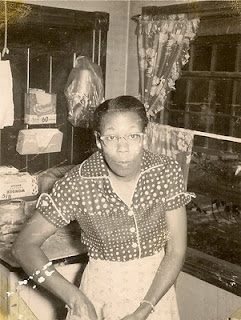 Offered a job to do housekeeping and cooking for a family who had a general store, Allie accepted the position having spent two years with her family. Although it was in the sewing room, Allie had a bed of her own. She was pleased.

The family she worked for was kind to her; they provided what her family could not. The lady of the house would give her “piece goods.” Allie would take the fabrics to her sister Evie who was an excellent seamstress. The pieces of fabrics would be turned into slips, underwear, blouses and skirts. The family not only provided a job, shelter and clothing but they also encourage her to continue with her education.

Allie graduated from high school during the presidency of Franklin D. Roosevelt. She would continue on to receive two years of college education through a program of FDR.

Allie's Birth
Posted by LindaRe at 8:15 AM