Many Rivers to Cross
Flora's Mama Born in Africa 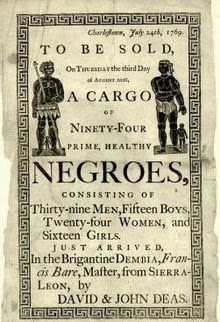 "Through stories of individuals caught in the transatlantic slave trade, we trace the emergence of plantation slavery in the American South."
PBS African Americans: Many Rivers to Cross

The slave trade not only led to the violent transportation overseas of millions of Africans but also to the deaths of many millions more. Nobody knows the total number of people who died during slave raiding and wars in Africa, during transportation and imprisonment, or in horrendous conditions during the Middle Passage, the voyage from Africa to the Americas.

The kidnapping of Africans occurred mainly in the region that now stretches from Senegal to Angola. 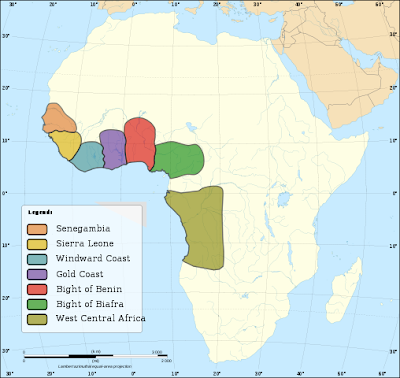 Getting my people to the last farm, plantation before they arrived in Mississippi has been my genealogical goal. I didn't put much thought of tracing them back to Africa, until I saw this 1880 census entry for Flora Culver; I then realized it was possible. The first time I saw this census, I starred at the screen, ran my finger across her name to the word Africa.

1880 Federal Census - Caseyville, Lincoln County, MS - Beat 5 - Page131
Flora Culver was 95 years old living in the household of farmer James A Decell
and his family. She was born in Virginia and both parents were born in AFRICA.

I have often wonder about Flora's mama. How old was she when she first arrived in America? Was she as young as the 10 year Priscilla mentioned in the first episode? Was she a teenager?

Prior to arriving in Mississippi, Flora was the slave of Malcolm "Saddler" McNeill of Robeson County, North Carolina. After the death of Malcolm McNeill in 1833, Flora was given to Malcolm's son John David McNeill. John left NC, for Mississippi, between 1836 and 1838, bringing his slaves with him including Flora and her three sons, Daniel, John, and Robert. Flora's daughters remained in North Carolina. John McNeill settled in Caseyville, MS, with his slaves.

Close your eyes, take yourself back to your child self. Try to imagine the horrific conditions, depravity, the loneliness. Take a moment to remember those young females who were forced immigrants to this county. Remember their strength.

Flora's mama is a direct ancestor of a set of my mother's 1st cousins.
African Americans- Many Rivers to Cross Bloggers
Images from Wikipedia
Wikipedia
Private John Culver of the 58th Regiment, United States Colored Infantry