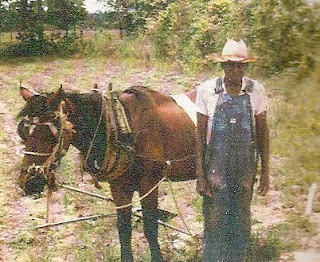 Benjamin Durr, fellow researcher of Caseyville, MS, shared with me the names and notes of people who were tenants on his father's farm in Caseyville during the 1930s and 1940s. To my surprise, most were related to me.