Finding the will of Mary Peachy Demyers Winston, my half 2nd great grandaunt, where she bequeathed 290 acres of land to her heirs in 1895 made me curious how Mary obtained the land. Since she was married, I was also curious why her husband Andrew was not a joint owner. 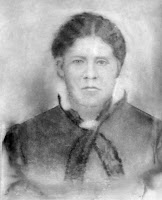 Mary Peachy Demyers Winston and her husband Andrew and their children were the slaves of Peachy Ridgway Taliaferro. The Winston family were named on the 1852 inventory listing of Taliaferro, her alleged father.

One of Taliaferro's desires in his will, after his death, was that all his slaves remain on his Spring Hill Plantation for three years and the proceeds from their labor pay his debts. After the debts were paid, the slave property was divided into three lots. One third of his property was to be given to his wife Sarah, one third to his eldest son Richard, and one third to be equally divided between his children Sarah and Charles. The slaves was named and divided. Mary, her husband Andrew, and their three children were named in Lot 3, Richard's portion of his father's slaves. 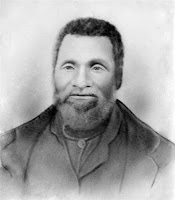 Andrew Winston's occupation was described as a farmer in the Copiah County 1870 census, meaning he farmed his own land or he farmed land owned by someone else using his own tools. Andrew is also named on the 1870 agriculture schedule. He farmed 35 acres of land, had 1 horse, 5 mules, 2 milk cows, and 15 swine.

Deed between Winston and Morehead

Samuel J Morehead was named as one of two executors of Peachy R Taliaferro's estate. Apparently, there was a close bond between the two men. Taliaferro entrusted Morehead to oversee his estate for the benefit of his family. Did Morehead and the other executor Richard Henry Taliafero, Peachy's eldest son, help Mary Winston with the purchase of her land?

African Americans made great strides during Reconstruction. Mary and her family may have secured their land independently of help from outside the family. Cousins share stories of how entire families worked together. Parents, children, and the children's spouses would pool all their monies to purchase land. There were several people in the Winston 1870 household capable of work to pool money.

Deed between Winston and Holliday

J J Holliday died in 1838 per information found on the internet. In 1880, his widow was living in the household of her daughter Sarah Jane and son-in-law Isaiah Rembert. It is likely Mary Holliday or one of her children sold the land to the Winston couple.

The deeds of the Winston transactions indicate Andrew and Mary were joint owners of the land, Mary's will tells another story, she was the sole owner of the land. I didn't find a record where Andrew had relinquish his ownership. Whatever the reason, Mary and members of the community in which she lived, recognized Mary as the owner.