Mama in the Middle 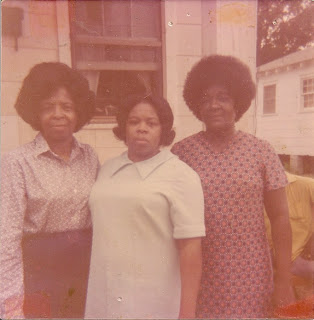 This picture personifies my mother's relationship with her sisters-in-law, she was their mediator. Mama was often caught in the middle of their battles. I don't think my paternal aunts liked each other. There were very few moments of congeniality.

Aunt Annie Bell was the oldest of the three sisters. She was a half sibling, born seven years before my grandparents were married. Grandma married a man who could not be trusted to raise a female child who was not his and the decision was made Annie Bell would remain with grandma's grandma Alice. 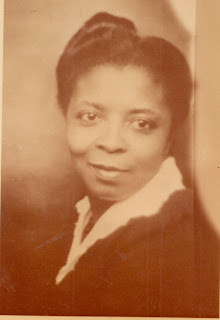 Grandma Gertrude had five children with her husband Mike: Mike, Jr., Alice, Rosie, Albert (my dad), and Ike. Aunt Annie remained in the same neighborhood regularly seeing her mother and siblings. She missed being raised by her mother and I suppose she felt jealousy toward her siblings for having a full time mother. Mike's children were jealous of Annie Bell. From their perspective, Annie was better fed, clothed and housed. They had to endure an abusive father.

Aunts Alice and Rosie had the same set of parents, raised in the same household and they had a difficult relationship. Aunt Alice was the sickly, delicate sister who was shielded from hard work in the fields. Aunt Rosie the youngest of the sisters worked in the fields, which caused resentment between the sisters. 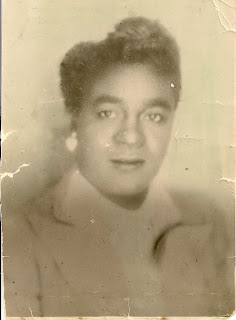 The last few months of Aunt Rosie's life, she revealed she was sexually abused by her father. Aunt Alice never made that confession but the last months of her life she talked about how mean her father was, tears filling her eyes. I suspect both sisters were sexually abused by their father, each suffering in their own silence. 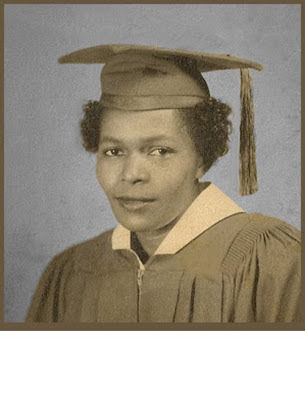 My mother's phone rung often with their disputes, minor slights turning to major arguments. How to cook an egg would turn to Annie Bell flying back to Detroit declaring to have nothing else to do with the Durrs.

In 1989, Aunt Rosie was diagnosed with pancreatic cancer. She wanted to spend her last months in my mother's household but mama told her she thought it would be best if she stayed with her sister Alice. Aunt Rosie reluctantly went to live with Aunt Alice. Daily I took my mother to care for Aunt Rosie. Nursing the dying was not Aunt Alice's thing and what she could do, Aunt Rosie didn't want her doing. Aunt Rosie died in the hospital 08 May 1990, busy talking. Her heart just stopped.

Ten years later, Aunt Alice became ill. Aunt Annie was called and she came to MS for her last visit. Again, my mother was the mediator and caretaker, and again Aunt Annie flew back to Detroit displeased with her MS kin. We received a call in late May or early June that Aunt Annie had suffered a brain aneurism. She died 27 June 2000, showed her annoyance by leaving nothing to her remaining siblings in her will. Aunt Alice would succumb to colon cancer the same year, 10 Oct 2000.

Illness and the dying process didn't bring them closer.