Ann and Henry
They Survived 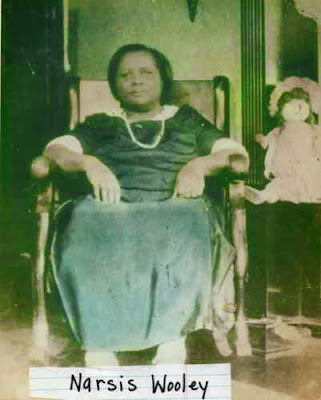 In May 1837, four months old Henry Israel and his 16 year old mother Ann, arrived on the Buie Plantation in Caseyville, Lincoln County, MS. At the time of their arrival, David Buie, their owner was about 20 years old and unmarried. As an eligible bachelor, David was probably preparing for his future household and bride by purchasing a pair of slaves who would deliver years of service.

The Buie family arrived in the Natchez District between 1805-1810 from North Carolina. They left the Upper South where land was becoming scarce with the divisions of estates and their families began to look westward to the new Mississippi Territory where the land was available.

Reverend C. W. Grafton wrote of the early life around the area. "Everything was young, bright, fresh, and full of life and vigor. The country abounded in game and the streams in fish. The lowlands and sometimes the hills were covered with crane brakes. Farming was an easy matter at that day. Burn away the brakes and plant your corn and you would be sure of an harvest."

I have often wondered how slaves coped after they were sold. I remember reading that some of them felt being sold from place to place as a death. Those they left behind were dead to them.

Henry and Ann were members of a busy household. They helped a young couple realize their American dream. David Buie married Jane McLaurin in 1840, purchased acres of land and by 1850, he owned 30 slaves. The number of slaves held steady in 1860, 31 slaves. Henry, his mother Ann and her husband Jack Buie would be included in that number. Ann had several more children, some did not survive childhood.

Henry and Ann probably worked the fields and where ever needed.

George Thomas, Henry's sister Rhoda Buie's husband, enlisted September 18, 1864, in Company F, 58th Regiment Infantry. George at the age of 27 heard that General Grant had taken Vicksburg, left Natchez, traveled over sixty miles hiding in cane brakes and fields to reach Vicksburg and join the Yankees. George enlisted under the alias of George Washington and was discharged for disability May 10, 1865. After discharge, he returned to Caseyville, married Rhoda Buie and father at least 10 children.

Henry married Martha Ann Henderson, they eventually owned their own farm. Martha was likely a second wife. The 1870 census has Henry recorded at 31 years of age with wife Martha, 25 years of age. The children in the household were: Lily, 17; Phoebe, 10; Sarah Jane, 5; Narcissus, 4; and Martin, 2. They are living and working on the farm of David Buie. No one in the house can read. All the children are gone, in 1880, except Carey who was 12. Henry and Martha have only a nephew in the household with them in 1900. Henry is not found in 1910 and by 1920, Martha is a widow living in the household of her daughter Narcissus Wooley.

Ann and Henry survived slavery, lived several decades in freedom. They have many descendants, some of which are my cousins.