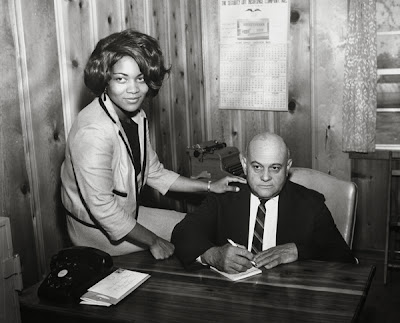 Cousin Tim owned a funeral home in Hazlehurst, MS, the ancestral home of my Durr branch of the tree. I went to many funerals with my aunts and uncle when I was a child up to the mid-teen years. We would often see Tim, busy with the bereaved family and the activities that went with running the funeral business. One of the aunts or uncle would say, there's Tim. It was a while before I realized to whom they were speaking. Tim didn't look like us. Who was this white looking cousin and how was he related? They could only tell me Tim was related to us through my paternal grandmother, Tim was Grandma Gertrude's people.

Several months back I was contacted about my Demyers branch, which lead to me joining a Demyers family group on Facebook. I learned a lot through this group and it turns out that is how I am connected to Timothy Ora Winston. Tim and my common direct ancestor is Peggy who was born about 1815 in Virginia. Peggy had her first child with the slave master, Tim's line. Peggy had other children with Thomas Napoleon Demyers, my line. Peggy is my third great grandmother, she is Tim's great grandmother.

Photograph courtesy of Beverly Smith.
Posted by LindaRe at 1:45 PM