"The first plantation we came to (on the high ground overlooking the river) was the most magnificent I ever saw. The house could not have cost less than a hundred thousand & perhaps half as much more. It was three stories brick & completely surrounded with a row of massive Corinthian pillars extending from the ground to the roof."
George Smith, a Union Soldier, May 6, 1863 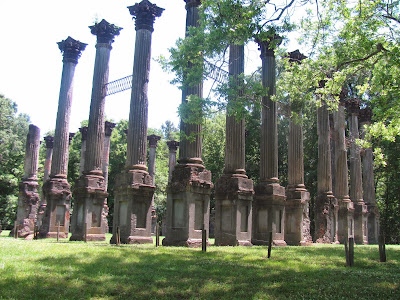 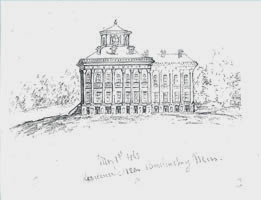 Smith Coffee Daniell, II, built one of the finest, if not the finest house in the Old South during the antebellum era near Port Gibson. Smith was a property owner without peer in the South. Per a newspaper article, he owned 21,789 acres of land in Louisiana and Mississippi, and hundreds of slaves.

Windsor had been built in a period when mansions were a status symbol and each new one outdid the last in grandeur. Smith Coffee Smith, II, was the builder. His father, Smith Coffee, Sr., had come to the area in 1824 as an Indian fighter. He had stayed to become a landowner and farmer.

The house was designed by David Schroeder, who is also credited with having built Rosswood in Jefferson County. 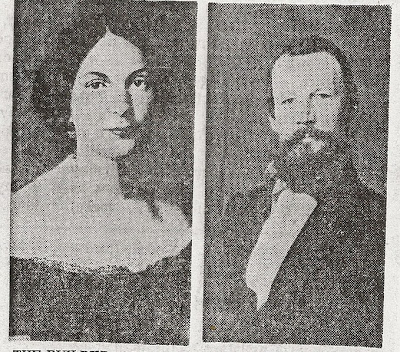 Construction of the house started in 1859. The cost of the house was then $175,000. Today's cost would be over $4,000,000. The basic materials, bricks and lumber, were produced on the plantation. Slaves made the bricks and likely the lumber on site, and did the rough work. Artisans from New England were brought in and lived on the plantation for nearly two years of construction. 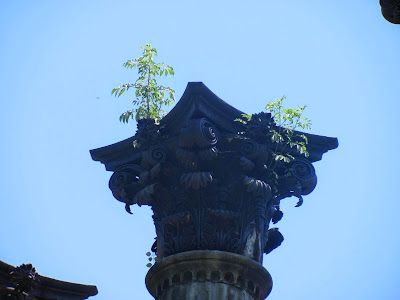 Iron work for the steps, bannisters, columns, and grill work were made in St Louis, shipped to the site by barges on the Mississippi River to Rodney or Bruinsburg. Marble for the fireplaces came from Italy, Georgia and Tennessee. 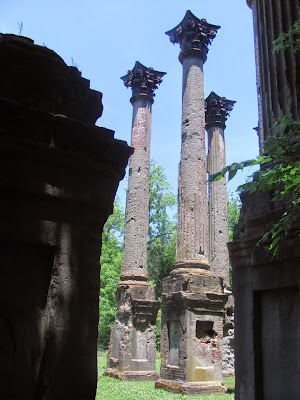 The house contained 23 rooms with an above ground basement, two residential floors and an attic. Water for the two bath rooms was stored, cistern fashion, in huge tanks that were under the eaves and beside the fourth floor ballroom. Rain water flowed off the roof into pipes that carried water into the tanks.

A cupola from which the Mississippi River could be viewed was centered on top of the roof.

The house was almost two houses in one. In front was the main portion with columns all around and porches encircling both the second and third floors.

Another house, with columns only along the front and end, was on the back. This held the kitchen on the ground floor, the dining room and pantry on the second floor.

Windows spanned from floor to ceiling in the big rooms and a wide hall ran through the center. The ground floor had a school room, commissary, doctor's office, and storage. On the second floor were two parlors, library, study, the master bedroom, and bath. Third floor rooms were all bedrooms except for the second bath and a sewing room.

Smith Daniell II was to live in Windsor for only a short period, he died 12 Apr 1861.

Windsor barely missed being burned by Grant's army when a guard was shot at the front door, but for Mrs Daniell's persuasive argument that none of the family had anything whatsoever to with it; and during a lesser incident when the army discovered that messages were being sent to Louisiana by light flashes. When officers came up to investigate, Mrs Daniell hid the signal equipment. After the battle of Port Gibson, May 1, 1863, the wounded were brought back to Windsor.

On Feb 17, 1890, the house was destroyed by fire when a careless party goer threw a lit cigarette into trash made by carpenters doing some repairs. All that is left is the picturesque ruins. 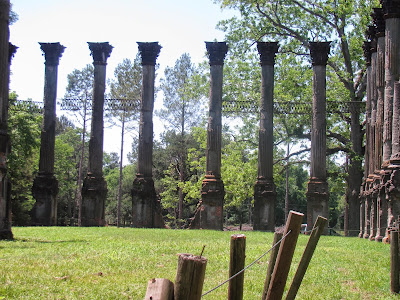