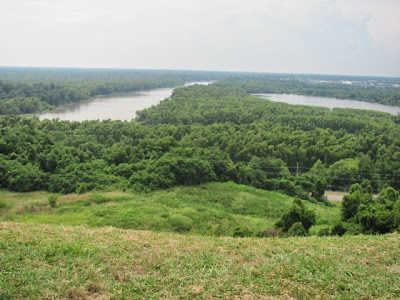 Elizabeth Magruder Ross writes to a young Susan advising her not to rush into marriage, remain in school for another year, see a little of the world, and to marry well. She mentions Windsor is almost finished, and she would like to visit Susan and her family but does not have a suitable slave for the visit. She mentions Bena's illness. Bena was a nickname for Smith Coffee Daniel's daughter Lavinia.

I was truly gratified my dear child, by the reception of your kind letter, which was received the 20th of July; it was forwarded to me from Rodney, I received one from your mother at the same time, for which I was delighted to receive, and read them with much pleasure.

I feel gratified that you all are anxious for me to visit you again. You must not think for a moment because, I have not written to you, that I have forgotten you.

I will explain to you why your letters were not answered, the one dated the 19th of January, I received just on the eve starting to my Aunts, and Cove promised to answer it for me, and I was under the impression that she had done so until I saw her again. The next one I received a day or two before I was sent for to go home to nurse little Bena, who was very ill, we had to sit up with her four weeks.

After she got better I got Cove to write to you, it was directed to Tee Tee in the care of Mr Brown, Ever since I received your last letter I have been dreadfully afflicted with blood boils I had twenty or thirty on me at this tim (sic); I have as menny (sic) on me at this time, which are quite painful; I do not think I will be able to write you but a few lines. It would have given me unbounded pleasure to have visited you this summer, but I did not like to go without a servant. Charity had two children and Eliza is all the time sick, and I did not like to take one out of the field, to be a trouble, instead of assistance. I hope you do not intend to quit school at this time. I think you ought to go one year longer and when I go to see you I will bring you home with me and let you see something of the world before you get married. I hope you will not think of it before you are twenty years old, that will be plenty tim (sic) to commense (sic) the troubles of life. You must try and get some one that has property for you know you do not like to work much.

We have a splendid house nearly done which will cost over one hundred thousand dollars. When I heard from home last they were all well. Smith Catharine and little Bena Have gone to the Red Sulfer (sic) Springs in Virginia to spend the summer.

Every thing here is parched up for the want of rain it has been five months since we have had any rain to do any good, very little corn or cotton will be made in this county.

You have never named Molly Lanhan in any of your letters, what had become of her? Has Mrs. Burn any more Children? I suppose your Mother’s health is entirely restored as you never say anything about her being sick; I hope she will be spared to raise her Children and see them all turn out well. I hope Bud will prove a blessing to her, and make a useful man. He always had such an innocent look. I cannot help thinking he will be a good man if he lives give my love to him and tell him he must study (sic) hard and try and turn out as I hope he will; I daily offer up a prayer in behlf (sic) of you all. Give my love to your mother Susan Sis and kiss the little Children for me remember (sic) me to the servants. When you write let me know when you heard from Andrew remember (sic) me to Mr. Pollac and all that enquire (sic) for me except a large portion for yourself

The Magnificent House ~ Windsor
The Brick Makers of Windsor
Cecilia Beall's Letter ~ 1854 Reunion of Slaves
E. M. Ross' Letter ~1867 All Our House Servants Left Us
E. M. Ross Letter ~ 1867 No One to Protect Us