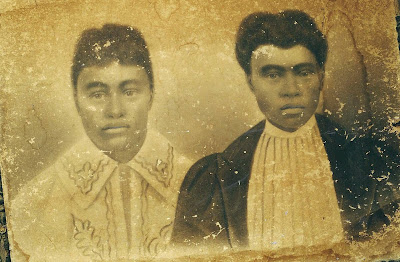 Annie and Mary Delphia Thomas were born during the 1890s to George and Rhoda Buie Thomas near Caseyville, Lincoln County, MS. Rhoda died between 1896-1898 when her daughters were young, leaving them to be raised by their father and his kin. Annie married William Hooker. Their son James Edward became the first African American sheriff in Lincoln County, MS. Mary went to Louisiana and the family lost contact with her.