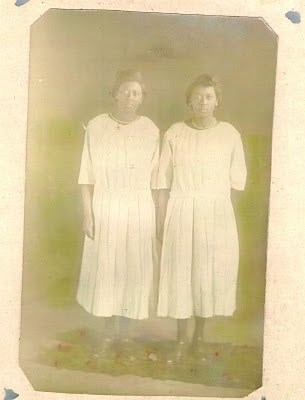 Missouri and Beatrice Markham were the second set of twins born 1899, to Monroe and Mary Byrd Markham. Missouri was a teacher in Lincoln County, MS. She never married nor had children. She died in 1925 of brights disease (kidney disease). Beatrice was a domestic. By the standards of her generation, Beatrice married late in life to Silas Johnson in 1938. The couple did not have children. Beatrice died in 1989 of Alzheimer's Disease.
Posted by LindaRe at 11:03 AM