Bertieal Garden Hunter
How is she Related to Lamar Smith 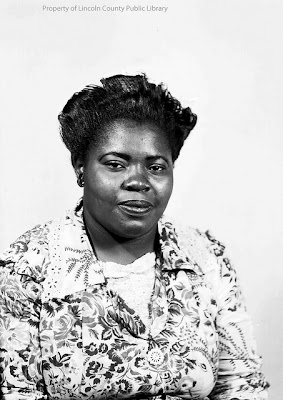 During family conversations we are told or we hear family stories about who they were, how we connect to them. Sometimes we are told when we have little interest in family history and we only maintain a snippet of what was told. Sometimes we remember what was told but because the sharer only knew snippets, it is all we know. Members of Bertieal's family referred to Lamar Smith as "Uncle Ditney." They often spoke about his murder. Bertieal's grandchildren were told Lamar Smith was related but they did not know how he was connected to their family. Family historians want to know the answer. Lynette Jones, granddaughter to Bertieal, and I researched to find the connection.

On August 13, 1955, civil rights activist Lamar Smith was murdered on the crowded lawn of the Lincoln County courthouse in Brookhaven, Mississippi, at close range. Lamar Smith campaigned against one of two candidates for the county Board of Supervisors. He encouraged African Americans to vote by absentee ballot. He was shot by a .38 caliber pistol under his right arm, died instantly.

Bertieal's mother Ora, was the daughter of Lizzie Clark Lyons. Lamar's wife was Annie Clark. Lizzie and Annie were sisters, thus Lamar Smith was an uncle to Bertieal.