A few weeks ago, the photograph of Andrew Gustavus was identified. In a previous post, I wrote about how we discovered his name. You may read about it here.

Andrew was born about 1856, the son of James Gustavus and maybe Sarah Macon. He was a success at farming and got himself a wife, Lucy Watson. The couple married, 03 Feb 1885, in Copiah County, MS.

Andrew was 67 years old in 1920. His wife Lucy died during the spring of 1915, Joe was grown and gone, and farming alone was likely too much for Andrew. He left the rural community near Heaths Store and moved to town, to Hazlehurst. Rachel came with Andrew to town or maybe he met her there. According to census records, they were man and wife in 1920.

The 1920 census listed his occupation as a farmer working his own account. Andrew is still a farmer, in 1930, but he is now a worker; by 1940 the occupation line is blank. Per the oral history, Andrew lived behind Miss Nell Harris, which the census records of 1930 and 1940 support.

Nell Harris was the daughter of Lewis Bingaman Harris and Lucy Ella Rice. Lewis died in 1891, leaving his wife Lucy to raise a family of five daughters and one son. 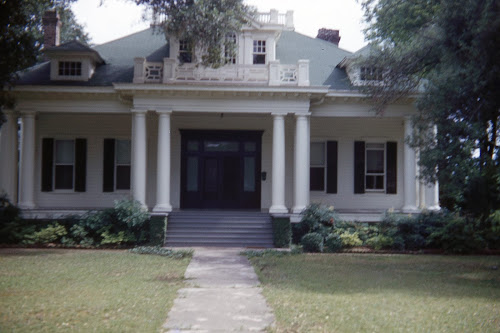 Andrew lived in the rear of this house in the woods.

Lucy Ella Rice was the older sister of Elizabeth Macon Rice. Elizabeth married Charles Adams Taliaferro. Charles and his father Peachy were the slave owners of a branch of my paternal family members.

By 1940, Nellie was in the house alone with a couple of lodgers. Andrew was a widower since the 1930 census. I saw one record where Nellie died about 1961. I don't know when Andrew died but I know he lived beyond 1943. 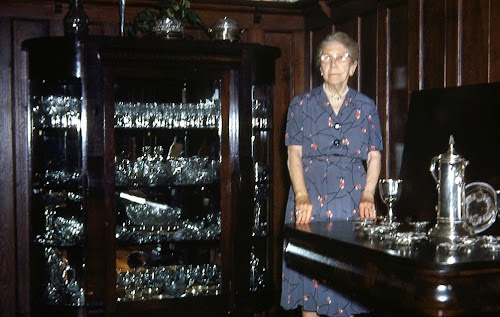