Suspected Members of the NAACP 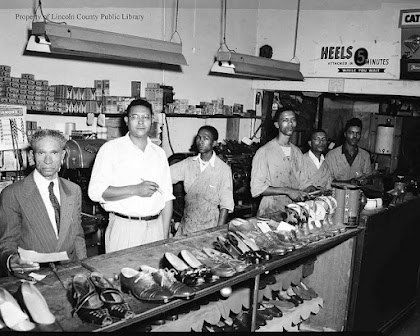 A thorn in the side of the Sovereignty Commission was the NAACP, National Association for the Advancement of Colored People. The NAACP was formed in 1909 in response to lynchings and the violent 1908 race riot in Springfield, Illinois. The grassroots based civil rights organization used the legal system to remind America to uphold its constitutional rights to all citizens.

Is this Negro a member of the NAACP? Is there a local chapter in your area? These were questions sent by the investigator to sheriff departments, school authorities, lawyers, judges, and other influential individuals.

Reverend R. T. Thadison, Sr., and his son R. T., Jr., were the proprietors of a shoe store in Brookhaven, MS. Both men were investigated by the commission because they were thought to be members of the NAACP. An investigator stopped by the Rev. Thadison's home feigning looking for directions. He spoke with Thadison and his wife and found the couple to be courteous and friendly but did not ask Rev Thadison and his wife if they were members of the NAACP. 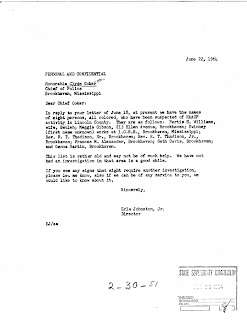 Click on letter to read.
Reverend Thadison associated with several other individuals who were labeled NAACP members. They are named in the above letter from the investigator to the chief of police in Brookhaven. Genoa Sartin, a cousin was named in the letter.

The investigator did not find evidence that a chapter of the NAACP existed in Brookhaven but did think the organization may be underground. One person named in the letter received punishment per the commission files. Pertis H Williams, a funeral home director, was denied a loan because the bank official thought he was suspicious.