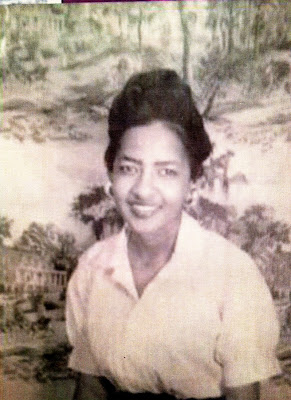 Evangelist Barbara was an outstanding daughter, mother, sister, aunt, friend, conversationalist, helper, employee and a devout christian. Barbara made many outstanding contributions to her family, extended family, friends, strangers and her community

On June 18, 1942, she and her twin brother Billy Joe were the fourth and fifth children born and the second set of twins born to the union of Willie Mel McDaniel and Leveltus Ford McDaniel in Natchez, Mississippi. She attended Sadie V Thompson High School and graduated with the class of 1962. Barbara was crowned junior queen in the 8th grade and in her senior year, she was crowned Miss Sadie V. Thompson. After graduation, she relocated to California where she continued her education at Los Angeles Trade Technical College.

In 1966, she was employed by the State of California where she served as an employment officer and later transferred to the Department of Social Services as an analyst, licensing community care facilities, recruiting and training foster parents in the Los Angeles County and retired after 35 years of service.

Barbara was an active and loyal member of Revival Time Church of God in Christ and served under Pastor Charles Bennett, Sr., and First Lady Vivian A. Bennett until her illness. She loved serving the Lord and the church was her home. During her later years, she fellowshipped with God's Divine Center of Holiness Deliverance Church under the care and leadership of Pastor Irene Robinson. Because of her love and faithfulness, she was blessed to have two ministries who cared.

Throughout her life she gave, she laughed and she meet no strangers; everyone was influenced by her welcoming and outspoken personality. Her home was a local hotel to her friends, and friends of friends, her family and their friends, no reservations were needed, just a knock on the door or a phone call to let her know you were on your way. You were guaranteed a bit to eat.

Evangelist Barbara will be affectionately remembered by many friends, neighbors, relatives and missed by all.