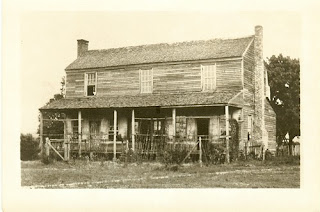 Picture circa 1950
This is a typical plantation house built during the late 1820s. David Herring and his wife Mary Leggett owned this home near the Homochitto River in Franklin County, MS. It was a two story oblong shape with chimneys at either end, a one story lean-to across the back and a porch across the front. It was made of hand hewed logs and covered with dressed lumber. The doors and flooring are hand hewed, and are about two inches thick.

Members of my family were slaves on the Herring farm. They worked the land, cooked the meals, maintained the house. Steve Herring was the fiddler and entertained the guests on the front porch and in the parlor. David Herring died in 1842, leaving a widow with several children. When the children reached their majority, the slaves were distributed causing rifts within slave families.

The enslaved men left the plantation to serve in the Civil War. A few enlisted with the Colored Troops and others worked for the Troops as cooks and laborers. A couple of the men's widows applied for pensions from the United States government, giving informative testimonies about their lives on the Herring place.

Below are recent photos of the home. The second story was taken off and the house still stands. The last picture is of the building that housed the kitchen. Kitchens were built separately from the main house for safety reasons, to protect from kitchen fires. 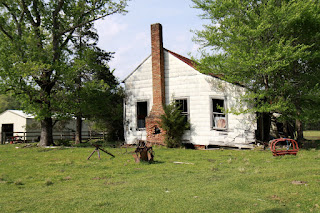 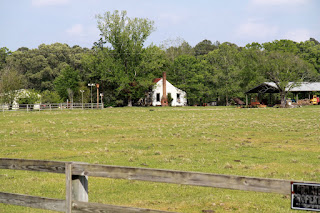 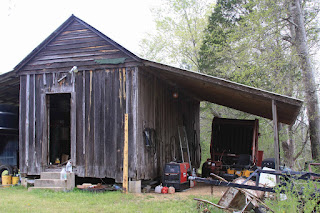