A Man and his Car

This is a photo of my Dad's first car, parked in the yard of his parents near Hazlehurst, MS. He loved cars. He would pay a car note before he paid the rent. The photo was taken in June 1955. 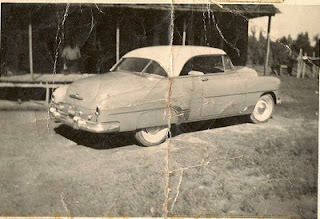 Here he is sitting in another car eating a doughnut with a carton of milk. The doughnut had to be fresh as he is parked in front of the bakery. 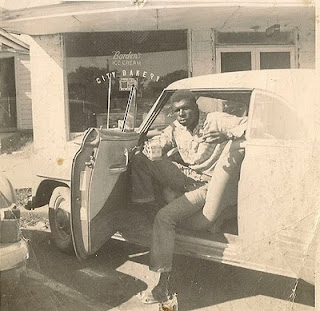 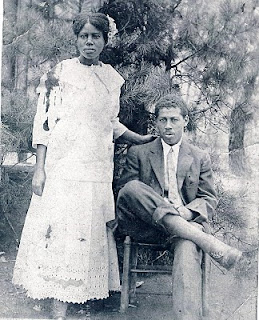 This is another unidentified picture from my great grandmother Mary Jane Byrd Markham's collection.
Posted by LindaRe at 11:18 AM 2 comments: Sarah was born about 1862 in Caseyville, then Copiah County, MS. She was the daughter of Henry Israel and Martha Ann Henderson. Her husband Joseph Buie was one of the former slaves who was interviewed by the WPA during the 1930s.

Joseph Buie's Slave Narrative
Posted by LindaRe at 11:07 AM No comments:

My primary research goal for this family was to find the names of the family in the 1918 newspaper article. Once the true surname was found, finding the family’s documents became easier and the goal of learning their names was accomplished. Finding the documents still leaves me wanting more, the whys, the what ifs, and the wheres. I would like to know why Luther is not found in the 1920 and 1930 census. Did he move, did he avoid the enumerator, did he die? Why the family is not seen as an intact family in the census records? Were things falling apart before the daughter's death? Did the family reunite after the grandmother’s death? Did healing occur within the family?

Hopefully, I will meet with descendants of this family and we can talk of our common ancestry.

A 1910 census record for the family was not found.

Luther Coleman, father of the children, registered for WW1, 12 Sep 1918. He named his mother Amie Coleman as his nearest relative, not his wife.

1920 Census – Eddie Coleman, mother of the children, is living with her mother Sallie Smith, and their father Luther was not found. Children, T. C., Lula and George were living with their paternal grandmother Amie Markham Coleman.

Per their obituaries, all the children with the exception of George who moved to Texas remained in Lincoln County, MS.
Posted by LindaRe at 6:38 PM 2 comments: 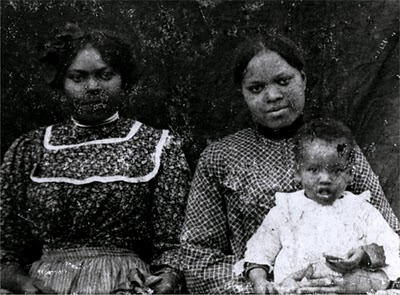 In a previous post, Monday Madness – Killed His Sister I shared a newspaper article about an incident in my family where a brother killed his sister. The newspaper article did not list the names of the children involved, only the father Luther Markham. Based on that article, I had previously searched for information about the family and asked questions of cousins. Nothing new was produced to add to the family tree.

Since I had so little information on this family, I decided to go back and re look over this family to see if I could learn something new. Well, the first task was to see if a death certificate could be found at the Mississippi Archives. I went back to the death index to see if I could find a Markham child who died close to the date of the newspaper article, 25 Jul 1918. Like my previous search, the death certificate for a Markham child was not found.

Knowing that the Markham surname has various spellings and in case I missed one, I decided to look at the index for the month of July 1918, in Lincoln County, Mississippi. Carefully scrolling through the microfiche, I found a death certificate of a five year old girl, dated 21 Jul 1918, who had died from gunshot wound to the chest. To my surprise, her surname was not Markham, it was Coleman. 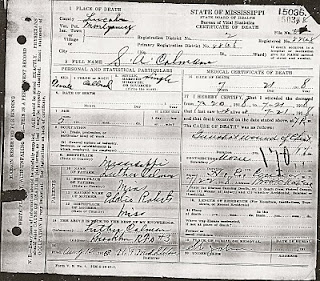 The murdered sister’s name was S. A. Coleman. Now ain’t that a big help with her name. The death certificate named her parents as Luther and Eddie Roberts Coleman. If Luther is who I think he is, Luther is the son of my great aunt Amy Markham and her husband Anthony Coleman.

My need to document this family will keep me on the research road for awhile. Lets see where it leads. 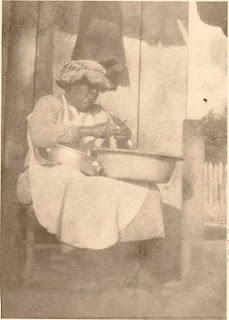 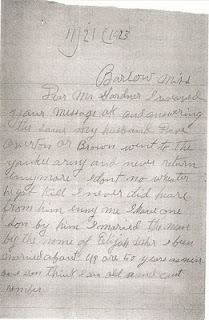 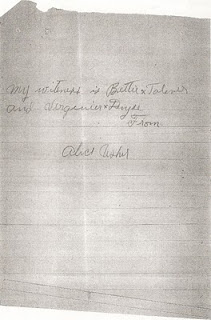 Posted by LindaRe at 2:34 PM No comments: