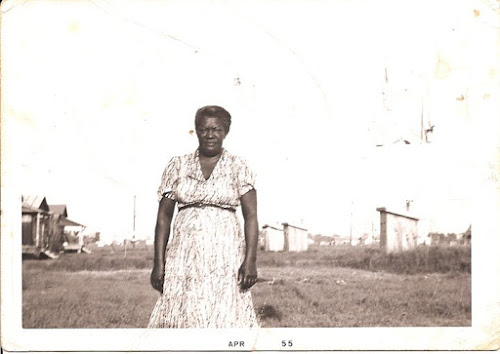 Notice the outhouses, clothes waving in the wind, and the houses in the background. Ora was likely born in Lincoln County, Mississippi. She and the family she created lived in Winnsboro, Louisiana. She was the daughter of Henry Coleman, Sr, and Florence Washington. She married John Emanuel "Manuel" Lee.

How does Ora Lee connect to my family?
After the death of Ora's father, her mother Florence married James "Jim" Scott.
Jim Scott was the son of James Pearly Scott, Sr., and Viola Markham.
Viola Markham Henderson and my great grandfather, Monroe Markham, were siblings. 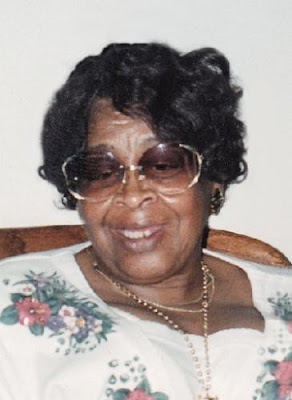 Geneva Smith, 88, of Grand Rapids went to be with her Lord on Sunday, November 22, 2015. She will be lovingly remembered by her children Lula Faye Smith, Lois (David) Foster, Doris Smith and Brenda Smith Cunningham, son Charles Smith; thirteen grandchildren, forty one great-grandchildren, a host of family and friends.

How does she connect to my family tree?
Geneva was the daughter of Frank Scott and Mary Lou McDaniel
Frank Scott was the son of James Pearly Scott and Catherine M Markham
Catherine Markham Scott and my great grandfather, Monroe Markham, were siblings. 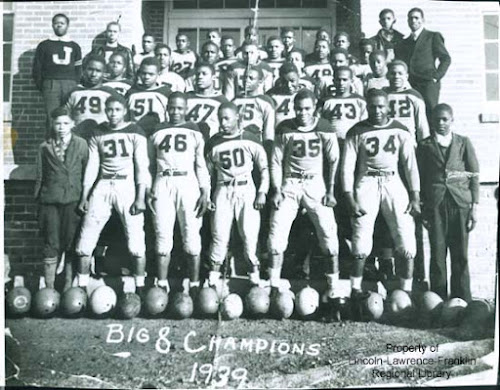 The Alexander High School Football - Big 8 Champions 1939 of Brookhaven, Mississippi, standing in front of a building, which might be the new one referred to in the newspaper article below. The start of the new building was in 1936.

The next big project up for the WPA will be the negro school building, which will cost over $35,000 according to present estimates. It will be a modern, brick veneer building and one that should be a credit to the community. Work should be underway in the next two or three weeks.

The present school is badly in need of replacing and there are few who do not rejoice with our colored friends in the fact that this dilapidated building is to be replaced with an attractive, efficiently planned one. 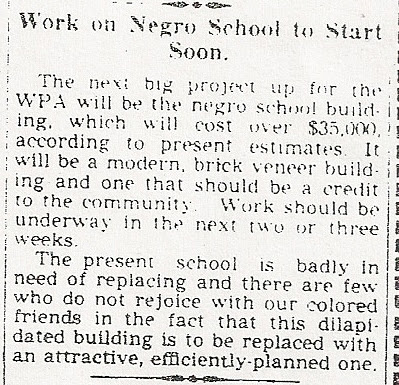 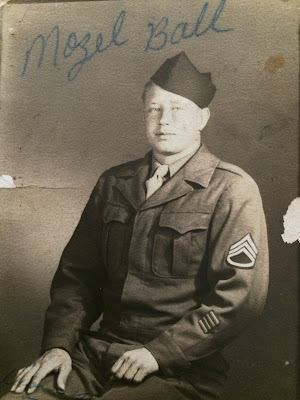 How does Mozell Ball connect to my family tree?
Lue Dora Coleman, Mozell's wife, was the daughter of Smylie Coleman and Joanna Benson.
Smylie Coleman was the son of Henry Coleman and Eudora "Dora" Markham.
Eudora Markham Coleman and my grandmother, Alice Markham Marshall, were sisters. 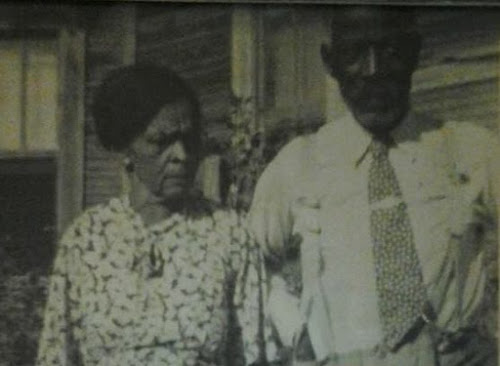 How does the couple connect to my family?
Grant Markham was a brother to my great grandfather,
Monroe Markham. 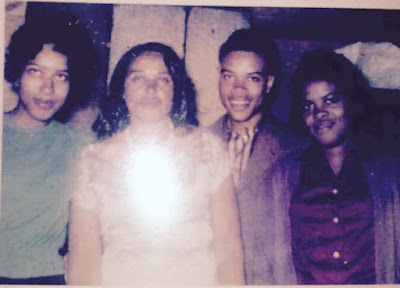