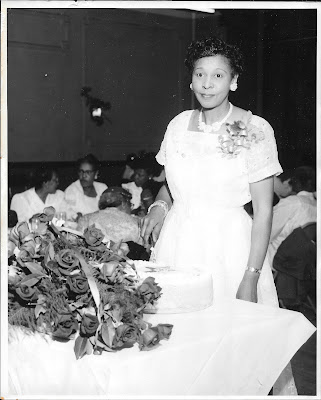 Mary was a member of the Order of Eastern Star in Chicago. Here she is at one of the organization's events.

How does Mary connect to my family?
Mary was the daughter of James Markham and Anna Culver.
James and my grandmother, Alice Markham Marshall, were siblings.

The photograph is courtesy of Marianne Culver.
Posted by LindaRe at 10:06 AM 4 comments:

My great grandparents Monroe and Mary Byrd Markham had a total of 17 children, who were born between 1872 thru 1903. Here is a sketch of the life of their first child, James Markham 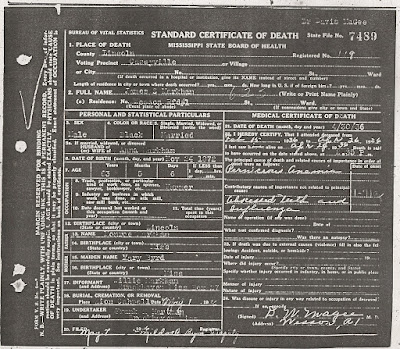 James was born 12 Nov 1872, in Caseyville, Lincoln County, Mississippi. His parents had been free for almost eight years. Reconstruction was nearing an end and Ulysses S. Grant was President. His parents were living on the Prentiss Buie's place, the same land where his father had been enslaved.

Both of the grandfathers were named James, the likely reason for the first born son's name.

He was known as a well to do Negro. He was a farmer and preacher who owned his own land and was self-sufficient. He was described as a tall, dark, slender man.

James was first documented on the 1880 census, first seen as an eight-year-old in the household of his parents Monroe, Mary, and three siblings. He was in school and is named on the 1885 and 1892 educable children lists. 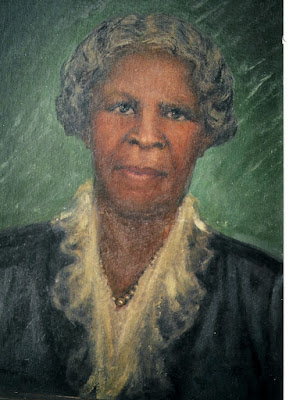 He married Anna/Annie Culver in 1895 when he was 17 years of age. She was the daughter of Daniel W. Culver and Margaret Ross. Together the couple had 2 sons and 5 daughters. Census records indicate that James, his wife, and children were all literate.

He was last seen in the 1930 census, 50 years old, the only man in a household of women. Anna was 54 years old, and daughters Bessie, Elizabeth, Theodosia, Alberta and granddaughter Earline were in the home. James' son Asirah was deceased. The oldest daughter Mary was living in Chicago with her brother James Monroe. Both had good jobs, James was a Pullman Porter and Mary was a beauty culturist.

James died in 1936 of pernicious anemia. This type of anemia occurs when the body can’t absorb enough vitamin B-12, which is needed to make healthy red blood cells. His wife Anna remained in Caseyville.

By 1940, The widowed Anna was the head of the household which included her daughter Elizabeth, and brother Memphis Humphreys. All the other children were married, living in or near Chicago. Elizabeth would go to be with her siblings after her mother's death in 1952.

James and Anna's children were: 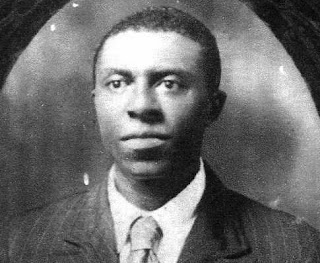 James Monroe Markham, 1897-1985
He married Ida May Thomas and Mildred Weathersby. He lived in Chicago and was a Pullman Porter. He had two children, Earline and Felix James.

Mary 1900-1985
She married Wallace Young and Jay Livey. Mary was a beautician. She did not have children.

Asirah 1905-1923
He died tragically of an accidental self inflicted gunshot wound. He did not have children. 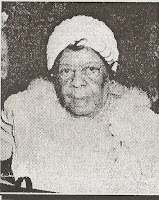 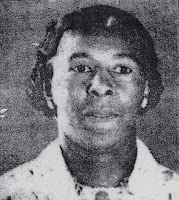 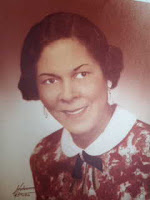 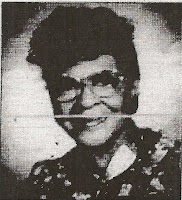 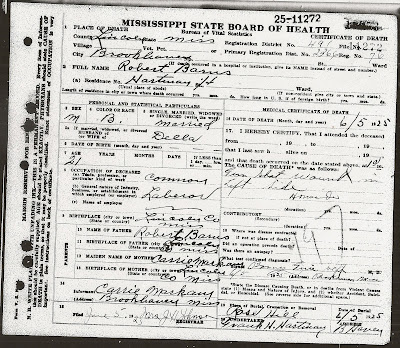 Did Robert Barnes scrape his elbow, lose an eye, suffered broken bones when he was injured by an Illinois Central Railcar. The chancery court records do not give details to Robert's injuries. His mother was required to petition the court on the behalf of her nine-years-old minor son to receive the compensation.

Robert was born about 1905 in Lincoln County, Mississippi, to Robert Barnes, Sr., and Carrie Markham. He was nine years old when he was awarded his $30 settlement. Six-years-old Robert is seen in the 1900 census household with his mother, maternal aunts and cousins. He was seen again in 1920 with his mother, siblings, and cousins, the last census Robert would be found. He was a delivery boy and was not literate.

Posted by LindaRe at 6:19 PM No comments: 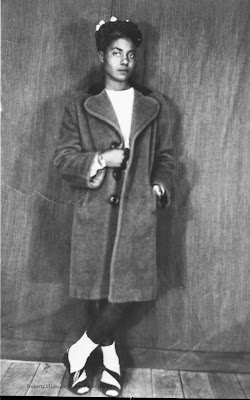 This photograph was made for Robert Dixon June 8, 1946, somewhere in Lincoln County, Mississippi, or a surrounding county. The lady is unknown to me.