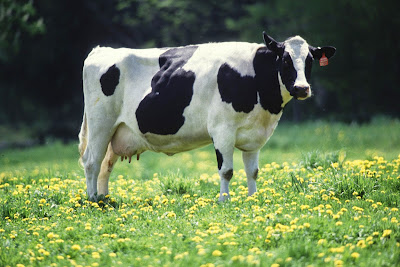 Confederate money was worthless, the Confederate government and economy was ruined. Rebuilding required money, tax every head of household including the newly freedmen.

Freedman Samuel Jackson was born between 1796-1804. He didn't own much to be taxed except for the cow, a couple of dogs and maybe a gun. Without warning, he was asked to pay his taxes or the cow would be auctioned. Sam lost his cow, likely a good source of milk and butter, and the sheriff got himself a cheap cow.

Here is how it was recorded in the Freedmen's Bureau Field Office Records.
Sam Jackson (col'd) 70 years old lives in Copiah County (Mississippi).

July 10th Jessie Thompson Jr, Deputy Sheriff came to Sam's house and took his cow for which Sam had paid $30 for taxes. Sam said he could borrow the money to pay his taxes and would have it there in ten minutes but Thompson would not wait but put the cow up for sale. No one them but one or two negroes who told Deputy Sheriff they had no money and could not bid. He said he must sell her. So proceeded to bid himself and knocked her down to himself at the sum called for in the tax bill ($7.81) and drove her off. The tax receipt given to Sam is for 2 dogs and 1 gun? and $1 for levy in all $7.81. The man is to old to be liable for poll tax.