Former slaves transiting to freedom made labor contracts with land owners. Those labor contracts had rules expected to be honored by the freedmen. If one of the rules was broken, the laborer could be dismissed without pay.

For impudent, profane or indecent language to or in the presence of employer, manager or the families, quarreling, fighting, stealing, disobedience, willful neglect of duty, quitting work without permission and offenses of the like serious character, the laborer will be carried before a Magistrate or other proper officer, for punishment all expense, loss of time, &c., will be charged against the laborer. In all cases of dismissal or voluntarily quitting plantations, the laborer forfeits all unpaid wages, and his family or dependents will be dismissed at the discretion of the manager.
Freedmen's Bureau Labor Contract Rules 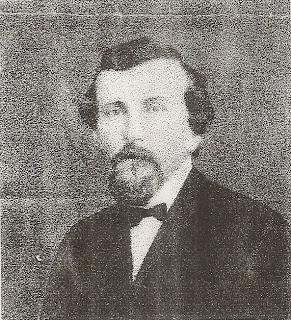 Dr Robert Jacob Durr
Rachael Rice worked for the prominent Copiah County Millsaps family. She was to work for shares of the crops produced. Rice probably signed her contract with William Millsaps in early January 1868 , and when she was dismissed had worked about eight months. Millsaps gave Rice a blow to the head which required medical attention from Millsaps' son-in-law, Dr Robert Jacob Durr. Rice lost her job after she told Dr Durr who abused her.

Here is how Rice's case was described in the Freedmen's Bureau Field Office Records.
Aug 24 1868

Rachael Rice (col) lives with Wm Milsaps about 20 miles from B'haven near Pleasant Valley Church (P. O. Pine Ridge, Copiah C.) states she has been working with him for shares crop this year, (5 hands in all) were to have 1/4 corn & 1/2 cotton, he was to furnish land, ?, & c, & furnish them in rations. __ Milsaps has now discharges her because she informed his son in law - Dr Durr M has struck her on the head last June with a stick. __ She was obliged to tell Dr Durr as he was attending her for the results of her blow & asked her what started it with Milsaps.