Hannah is still Hannah no matter the Surname 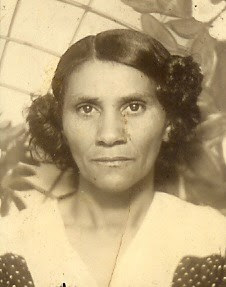 The process of documenting a woman's life can be like trying to find a needle in a haystack when her surname changes. Hannah had several different surnames during her lifetime.

Hannah was born to Thomas/Tom Gary, maybe Weathersby or Jones, and Bettie Thompson, April 1895, in Copiah County, MS. Twenty years old, Thomas Gary is living next door to a Stephen and Hannah Jones who are old enough to be his parents. I suspect Stephen and Hannah, or one of the two, are his parents. More research is needed to verify the theory.

Hannah Gary is a five year old in 1900. She is living with parents Thomas and Bettie Gary; siblings: Willie, Mary, Thomas, Jr., and Bettie Jean. Shortly after her 15th birthday, she married my paternal granduncle Edgar Overton, 11 Aug 1910, in Copiah County.

The Gary family was not found in the 1910 census, nor was Edgar Overton. Edgar and Hannah Overton are found in the 1920 census with their children: George, David, E J, Richmond, Jones Sam, and Mary. The marriage didn't last much longer. Edgar died 10 Aug 1923.

Albert Brown Spencer's wife Mary died in May of 1923. Widow Overton and widower found solace with each other, married about 1925. They had two children together, Bessie and Albert. Hannah Spencer became a widow again. Albert B Spencer died 06 Apr 1927.

Two husbands dead less than five years, Hannah raised her children from those relationships. The Overton and Spencer children are in the household with their mother in 1930 and 1940 censuses.

I followed Hannah by following her children. Searched her death date, was not successful because I was looking for Hannah Spencer. I found Hannah Lyons on an Ancestry tree with the same set of parents named on my family tree. Found her on Find a Grave and searched for an obituary to verify it was the same person, she was. 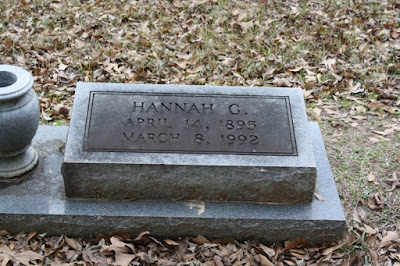