The Interview of Sallie B Williams - 1999 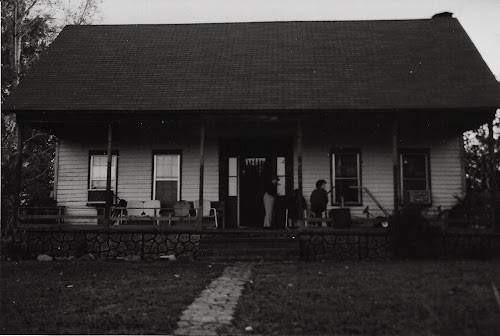 Sallie B Williams was the daughter of Hilliard and Johnnie Overton Williams. Sallie was born 05 May 1915 in Copiah County, Mississippi. She died 11 Feb 2002 in Hazlehurst, Copiah County, MS.

The interviewers are the descendants of Peachy Ridgway Taliaferro.

BB: How long have you been living here?

SW: Been livin’ here all my born days.

CO: How old are you?

SW: Yes’m I knew the Taliaferros. Miss Betty Taliaferro.
Elizabeth "Betty" Macon Rice Taliaferro was the widow of Charles Adams Taliaferro. Betty was born in 1846, died in 1931. Charles' father was Peachy Ridgway Taliaferro, a slave owner of my family.

CO: She must have been pretty old when you knew her.

SW: Miss Pearl – her daughter – Miss Pearl took her out in the automobile. Miss Balmayne, Miss Edwynne (pronounced EdWeen), Miss Fay, and another one named Miss Josephine was the nurse.
The children of Charles and Betty Taliaferro were: Mariella, Bessie Pearl, Balmayne, Sarah Frances, Charles Jr., Edwynne, and Josephine.

CO: That’s right. She went and nursed people’s children for them. And my daddy came as a little boy. He was about – Josie B’s son was Billy Gordon and my daddy was Tolly Murff and he came here and spent his summers, too. He was about Billy Gordon’s age. And her daddy [pointing to Georganne Murff Johnson] was Harvey Murff; he was a little bit younger.

SW: Taliaferro Murff. And then the baby boy was named Harvey. (pronounced Hahvee)

GJ: That was my daddy and they lived down there.

SW: Yeah, they lived down there him and his wife.

BB: What do you remember about any of them?

SW: One of them sold – Miss Balmayne and her sold.

BB: They sold the place.

BB: Oh, they would sew things with their hands and sewing machine?

BB: And who did the garden? That was Balmayne, wasn’t it?

SW: Miss Balmayne did the garden.

CO: She won the state contest for that garden.

SW: Yes, she had a garden. She raised chickens and turkeys.

SW: They’s buried over there when I was younger.
There are two headstones with the Christmas surname in the Spring Hill Cemetery. Albert and Irene Christmas's daughter Arlosia E born 1878, died 1901; and Ben Christmas born 1841, died 1889.

CO: Did they live on Spring Hill?

SW: Un-uh. They lived on their own place, but buried over there. Spring Hill was they family cemetery.

SW: I don’t know. There could’a been.

BB: One of the stories was that during the war times, the civil war times, that Dick Christmas buried the silver in the pond. Nobody told you anything about that?

SW: No, nobody told me anything about it.

CO: Can you come and sit down? Are you gettin’ tired?

[We all sit down and BB goes to get camera]

CO: Did your daddy build this house?

SW: No, he didn’t build this house.

CO: Whose house was this?

SW: This was a lady that he stayed with. His uncle’s house.

CO: What was his name – the uncle’s name?

SW: John Demise. And his wife was named Virginia Demise [voice too far away]. This old house my momma stayed when she was a girl. Her mother raised my momma. [Voice too far away – but she says something about grandaughter.
John Demyers was the son of Tom and Peggy Demyers. John was born about 1839. He married Virginia Williams/Taylor. Virginia was born about 1850 to Hardenia Williams. John and Virginia raised Johnnie Overton, Sallie's mother. I don't know the names of Johnnie's parents. Johnnie was first seen in the Demyers' house in 1900 as a 15 year old.

CO: She raised her own grandchild as her daughter.

SW: And my daddy come in - and his uncle made him stay here he’s out runnin’ off on they momma. He didn’t like his stepdaddy. He’d see him in the road and my daddy’d say he made us come Come in here, come in here you naughty boy. Go yonder and ask my wife if she got
Hilliard Williams was Sallie's father. Hilliard was born about 1864 to John Weldon Williams and Emma Demyers. By 1900, Hilliard is in John T Demyers' household and thereafter. John T Demyers was Hilliard's uncle.

CO: So that’s the way your mother and your daddy got to know each other?

SW: And they got married.
Hilliard Williams and Johnnie Overton married 18 Dec 1901 in Copiah County, MS.

CO: And a few years later they got married.

SW: She wouldn’t let ‘em move out of the house. She told ‘em, no you ain’t carryin’ my daughter no where. Her daughter she raised
The couple did remain in the home per the census records. John Demyers died between December 1909 - April 1910. He left one third of his property to his nephew Hilliard who he said he loved as a son.

SW: That’s a pecan tree. My daddy put them pecan trees in and Miss Pearl. Miss Pearl Taliaferro ordered trees and had him help her set ‘em out and so she [voice too far away].

CO: Her daddy built it. [don’t know what – something about a little house] [voices garbled - too far away] We have an aerial photo taken from an airplane about 1920 or 1930 and maybe you can look at that and tell us what was what. There are several structures on it, but we didn’t really know what was what.
[At this point only Carol’s voice can be heard. She asks about the pecan trees and if they give Ms. Williams a good crop. She asks who built the new house across the street (answer may be niece’s daughter) Does she come over and see about you?

SW: They ain’t moved out there yet. [a lot of conversation that can’t be heard] Now you’ve got people living here with you.

SW: Yes. [too far away] GJ: Who owned that land where they built the house

You might be interested in these posts:
Affidavit in the Case of Harriet Christmas, Ben Christmas' Wife
Copiah County Body Servants List
John T Demyers' Will
Virginia of Somerset Plantation