1936 Letter - From Hallie to Prential 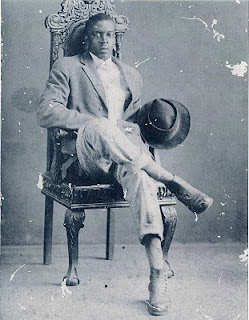 Hallie Buie wrote this letter to her sister Prential Buie Rew. They were the daughters of Prentiss and Emma McRae Buie. Prentiss was the last slave owner of my great grandfather Monroe Markham. Just between the gate posts, Monroe maintained a relationship with the David Buie family until his death in 1931. Monroe b. 1852 was given to Prentiss Buie b. 1850 when they were both young children.

Hallie mentioned my granduncle Samuel Markham in this letter. Samuel was Monroe's son. Samuel was born in 1898, died in 1981.

The old home was the Buie family ancestral home. David’s father, Neil Buie, Sr., formerly of Robeson County, North Carolina, was one of the earliest pioneers of the Natchez District. Neil, Sr. was listed on the Natchez District Census of 1810. Neil, Sr., lived near an area later called Union Church, Jefferson County, Mississippi. Neil, Jr., arrived in the Caseyville, Copiah County, Mississippi, area about 1822 where he entered a homestead of 160 acres of land and in 1825, twenty-five more acres. In 1840, Neil, Jr.’s son David Buie carried his bride Jane McLaurin to the home which had been built there. Another home was built there in 1856.

My Dear Prential,
The box came alright, thank you. I know you are wondering how I get things done. Well, I have found out that is all right for Samuel Markham to come down here, he has a corn field rented from Estelle and comes to get their corn to have ground. I just don’t know what they could do without him. I hope you will not mention this--he has a mail box and if we need him for anything we drop him a card and he comes right over. He lives on the Adams place. His house is located about a mile from this one. He charges ten cents for bringing things from Mr. Smith’s and twenty cents from Lamar’s, charges for the time and not the size of the package, large or small the same price, he certainly is nice about it. He just happened to come along the day the box came. he said, “Dat box aint hebby.” You forgot that I put some things in a smaller box, the smaller one is the one that has the shoes in it that I need now. I hate so bad to trouble you again, and Robert too, I saw that he got the package off; but I really would like to have those shoes.

I am not sure what is best for me to do, but the doctor was very positive about my getting to as cool a place as possible, and this is the coolest place I have found and it seems alright with the girls; so I think I shall stay through August and perhaps a part of Sept. then go to your home and stay till time to go to Scarritt to school. Miss MacKinnon said that she wants me to come to Scarritt for one term.

Lamar came Sunday afternoon and drove me about over the new high-ways. They are not paved but are good wide graveled roads. There is a C. C. C. camp two miles from Caseyville down toward Cousin Dan Buie’s old home, I saw that. We came back by Bethel, it took us some time to find the graves. Lamar said he would have Avinor fix them up this week and that he has some brick he is not using he would put around so we’ll know. I just feel like going on and getting some kind of stone and letting the other children pay what they will on it, its just a shame for those two to be unkept.

There is a wagon passing out in front, Oh! there is another one, white people, seems strange.

But I am enjoying the quite, the doctor said that my nerves need rest, it seems that I need a rest from people.

Lamar is so anxious that I take dinner with them Sunday, I am going he is to come for me, I hope it won’t rain, Katie also insisted that I come.

The preacher came here and invited me to make a talk at Bethel on Sunday morning or afternoon, its the first day of the meeting and they are having dinner on the ground; of course I had to say that I could not do it.

Lamar says that he is going to Brookhaven Thurs. or Friday and will come by for me. I want to see Dr. Thompson about my teeth, then I can make more definite plans, after knowing how long it will take him to do the work that is necessary.

You asked about my cooking arrangements, Estelle put a stove in the little room, the pipe is stuck out the window. Toast and crackers is all I can eat in the bread line, so I don’t have to bake anything, and Samuel and Lamar have so far kept me well supplied with food. Only I wish I could get fresh milk, though I have learned to do on can milk in Korea. I am getting on fine, being lazy and resting.

Give my love to Robert and thank him for letting me know that he welcomes me to his home for a time of rest.

Much love, thank you too,
Hallie

Letter received from the Mississippi Department of Archives and History
Buie Family Papers
Series Z Nos. 115 or Z/1115.000/S
Box 3
Folder--Prential Buie 1936
Posted by LindaRe at 10:44 AM