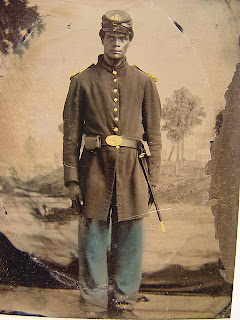 Thomas Taliaferro testified he was born August 1845, on Spring Hill Plantation, a slave of Peachy R Taliaferro in Copiah County, MS. After Peachy's death in 1852, Thomas was allotted to Peachy's son Charles in 1858.

Thomas' parents were Hilliard Taliaferro and Queen. His mother Queen was married to Shadrack Spotswood, likely a second husband. In 1870, Queen was living in the household of her son-in-law Jackson Brown and daughter Jenny Lind Spotswood Brown. Also in the household were Armstead and Gladden Spotwood, Queen's sons. Thomas was living with his father Hilliard Taliaferro in the 1870 household of Lawrence Sims, Copiah County, MS. 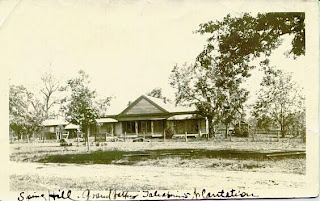 Thomas Taliaferro was accidentally wounded by a comrade's bayonet, piercing through his left arm into the side near the heart. This incident happened on a march from Jackson, MS, to Port Gibson, MS, in May 1865. He was confined to his bed for about three months. He fulfilled his duty and was discharged at Vicksburg, March 1866.

Thomas married his second wife Bertha Welch Williams in 1901. Together, they raised his younger children.

Unable to do a full day of manual labor, suffering from fainting spells, rheumatism, epilepsy, and the injury during the war, Thomas filed for his invalid pension at the age of 45, which he received. Several people gave depositions or affidavits in his case including the slave owner's wife. 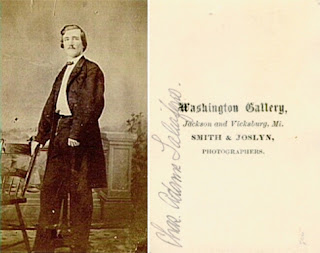 Elizabeth Rice Taliaferro testified that she "personally knew the soldier, Thomas Taliaferro from his boyhood to the day of his death; that prior to the war he was a slave of affiant's husband and left the plantation to join the Federal army. Shortly after the war closed he returned to our home community and from then on she knew him until the day he died."

Thomas and my ancestors were slaves of the same slave owning families.