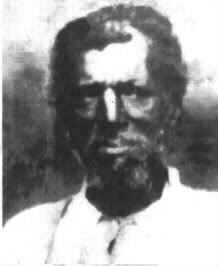 George Washington aka George Thomas had several difficulties getting approval to receive a pension for service during the Civil War. One of his problems was he had a common name, George Washington. Seven men had the exact same name who served with the same regiment as this George, 58th Regiment, United States Colored Infantry. A civilian who worked for the 58th, USCI, also had the same name. Here is one of George's depositions concerning the name confusion.

I was born in Copiah Co, Miss near the Jefferson County line. My owner was Bill Brown. He was the only owner I ever had. I lived on his place till I went to Natchez & then to Vicksburg. I joined the army at Vicksburg & was discharged at Natchez.

I have heard you explain about that Geo Washington who claims on my service. I don't know him that man & never saw or heard of him. He is a fraud. I have no picture of myself. I had no nickname in service at all. I was clean shaved all the way through the army. I was never in the army but about 8 or 9 months in all. I was never in but two fights in service, one about 12 miles from Woodville & the other was on Bingham's Branch out from Natchez. At the last fight a man named of our Co named Sampson Martin was killed.

Yes, I use to know of a Gilbert Buoy in Jefferson Co, Miss. He is dead. He lived near Union Church & 8 miles from my owner. Yes, he owned a slave named Geo Washington born & raised on the place. He was younger than me. I knew that other Geo Washington before the war. His mistress was my master's sister. No, he was never in my Co at all. He ran away from Gilbert Buoy a long time after I enlisted. He came to Natchez & was put to driving a commissary wagon in the wagon train. I well knew him and saw him often. I am positive he was never an enlisted man at all. He never did a thing but drive the post team. He never came back to Union Church after the war & I never have seen or heard of him since I was discharged.

Yes, he had a wife. Her name was Susie. He married her before the war. Then when he was driving wagon at Natchez he had a woman named Mary.

The father of that other Geo Washington was named Peter Baker. The Geo Washington that lived at Buoy's before the war & that wagoned(sp) at Natchez was not the same man that was in Capt Picks Co 58th Regt as Geo Washington

George's father was named Thomas Buie. After the War, he decided to use the name George Thomas. He married Rhoda Buie and had several children near Caseyville, MS. Many of George's descendants married into my Markham family.