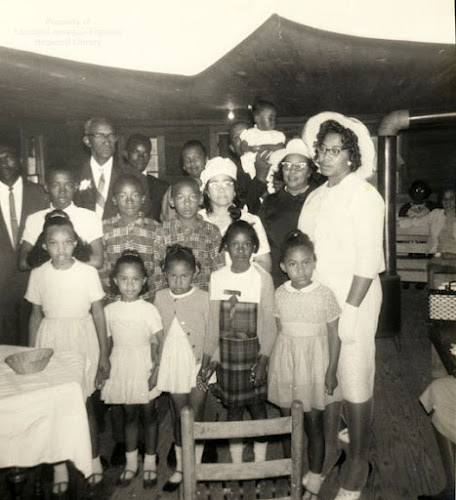 Was this the first time he made a fire in the church stove, or one of many? Deacons and older teenage boys of congregations usually had the job of making a fire in the stove so the congregation could arrive to a warm church.

On Sunday morning, February 14, 1943, John Walter Hilliard made a fire using coal oil in an African Methodist Episcopal (AME) church in Brookhaven, Lincoln County, MS.. The fire burned the right side of his body, head, back and face. He developed pneumonia and died less than two weeks later on February 23, 1943.

John was born in May 1932, to John and Carrie Hix Hilliard in Lincoln County, MS. He was 10 years old at the time of his death.

I couldn't find any census information on the family. Found was one line from a 1929 Jackson, MS, city directory for Rev John Hilliard and his wife Carrie. The older John's occupation was pastor of an AME church. It is feasible John Walter was a member of the family business.

Research did not connect this family to Hilliard cousins of Lincoln and Franklin Counties, MS.