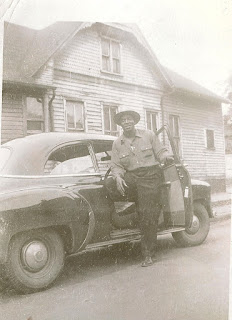 Leroy was born in Hazlehurst, Mississippi on July 25, 1912, to the union of Jimmy Sr., and Lurany Shepard. He confessed hope in Christ at an early age and was baptized at New Zion MBC.

In 1946, Leroy relocated to Detroit, Michigan to begin building his dream. He was very talented and a "Jack of all Trades." Leroy was successful in providing for his family and contributing to the community. After 30 years, Leroy retired from Chrysler in 1978.

He remained an active member of the church and served as trustee Board member and Treasurer for many years.

Brother Shepard was a member of M.W. Unity Grand Lodge A.F.A.M., and the Wishful Master of the Rubican Lodge No. 8 and a 33rd Mason. In addition to being a Noble (Shriner), Temple of Osiris.

Late Tuesday night June 6, 1995, Leroy went home to be with the Lord

He leaves to cherish his memories: a wife Dora Shepard; one son, Jimmy Shepard Jr.; two daughters, Annie Pearl of Omaha, Nebraska and Connie Harris of Montgomery, Alabama; three sisters-in-law, Marie of Detroit, Mattie of Hazlehurst, Mississippi, and Eddie Mae of Illinois; fifteen grandchildren, twelve great grandchildren, and a host of other relatives, nieces, nephews, cousins, and friends. He also joins his beloved daughter Mary who preceded him in death.