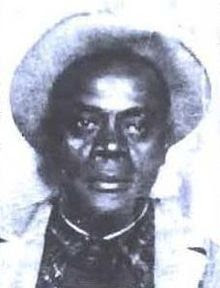 On August 13, 1955, civil rights activist Lamar Smith was murdered on the crowded lawn of the Lincoln County courthouse in Brookhaven, Mississippi, at close range. Lamar Smith campaigned against one of two candidates for the county Board of Supervisors. He encouraged African Americans to vote by absentee ballot. Lamar was warned several weeks before that he was too political. He was told to quit or be killed. He was shot by a .38 caliber pistol under his right arm, died instantly.

Not one witness appeared before the grand jury. The case was dropped and the three men went free. District Attorney Barlow called the lack of cooperation "a gross miscarriage of justice."

Lamar "Ditney" Smith was born March 1893 to Levi Smith and Harriet Humphrey in Lincoln County, MS. He served in World War I and was a local farmer in rural Lincoln County. He was the husband of Annie Clark, father of Earline Smith Thomas.