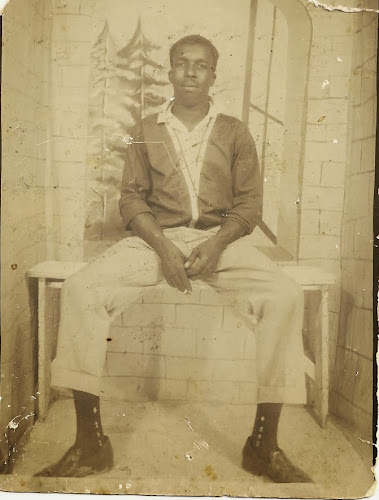 Mr Ike Durr, the fifth child of the late Mr and Mrs Mike Durr, Hazlehurst, Mississippi, was born May 28, 1936. He departed this life Friday, Feb 5, 1982 in Hayne City, Florida. Most of his life was spent in Copiah County, Mississippi. In 1962, he moved to Jackson, Mississippi. Later he moved to the State of Florida where he lived until his death.

Uncle Ike was the youngest of my paternal grandparents' children.
Ike was my father's brother.
Buried at the Mercy Seat AME Church Cemetery
Hazlehurst, Copiah County, MS
Posted by LindaRe at 1:54 PM